In his early days with the Murray City Police Department, SWAT team leader Sgt. Erik Lindquist learned a lesson that could have had fatal results. While responding to a suspicious activity call, a man pulled a gun on Lindquist. Instead of shooting, Lindquist hesitated. During that hesitation, the perpetrator pulled the trigger.
Luckily, the gun misfired and Lindquist was able to subdue the suspect, but it’s a lesson many officers don’t get a second chance to learn.
“I don’t know a single officer who wants to shoot, but it’s our job. We’re trained to shoot if necessary,” Lindquist said. “Being in the SWAT team has made me a better officer. I want to retire safely from the forceWe’re working together as a team, and I really like that aspect.”
The Special Weapons and Tactics team specializes in dangerous operations such as high-risk search warrants, hostage situations or dealing with a suspect who might be armed. 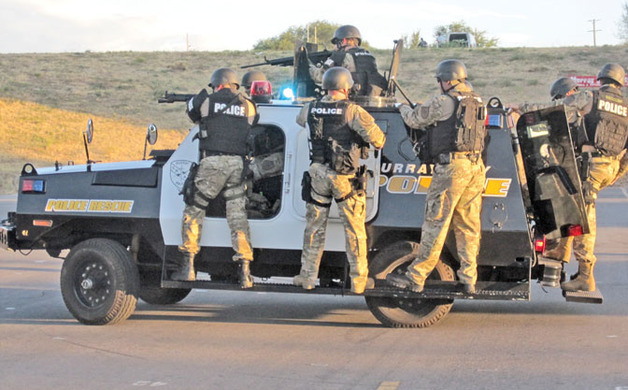 Of the 73 Murray police officers, there are only 15 trained specialists who make up the city’s SWAT team. They are carefully selected through an application and try-out process.

While their primary roles include regular patrol duties and investigation, the SWAT officers’ secondary responsibilities include ongoing tools and tactics training, and educating residents about safety.
Unlike what’s depicted in the media, Murray’s SWAT team doesn’t spend its days crashing through windows, rappelling out of helicopters or engaging in regular shoot-outs. But they are always on alert, working to keep residents and officers safe, even while crime and violence seem to be escalating.
“We hear media people talking, and they don’t understand what we do. SWAT teams in the movies don’t depict any degree of reality,” Lindquist said. “But there’s a silent majority that understands the difficult situations where officers have to make quick decisions.” 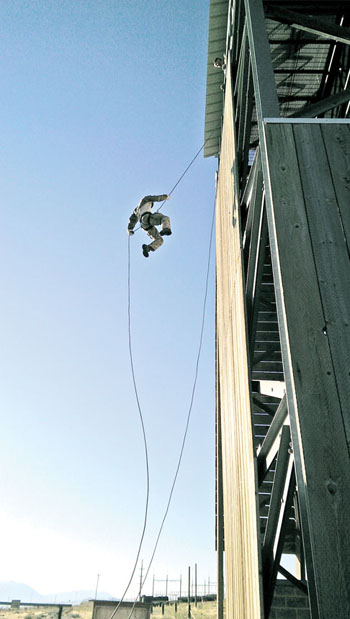 Officer-involved shootings are often  in the daily news. Officers know every action they take is being watched carefully, scrutinized by the public, and second-guessed by residents and the media.

Police Chief Craig Burnett said his officers know they’re being examined all the time for improper behavior, and that’s okay, because every patrol or motorcycle officer in Murray wears a body camera, paid for through grant funding.
“They are recording everything they do, and it helps protect them,” Burnett said. “Murray is a good city. We don’t have major problems very often. Sometimes we forget—because we feel like a small town—that we’re in the middle of a big city with a million residents.”
Learning how to set up a containment site at a potentially dangerous location, approaching the area cautiously and making safe contact with a perpetrator is the goal for each SWAT action. And every officer adheres to the priority of life: victims, police officers and suspects—in that order.
“I really stress the priority of life; it’s a guiding principle,” Lindquist said. “There is an expectation if you want to be on the SWAT team. You have to be willing to put a citizen’s life ahead of your own.”
Team members are taught to use chemical munitions, weapons, breaching tools and other devices. Training simulations for shoot/don’t shoot scenarios are continuous, with officers facing situations where they need to use the best judgment possible in a high-pressure setting. They rehearse over and over to make sure they get it right. 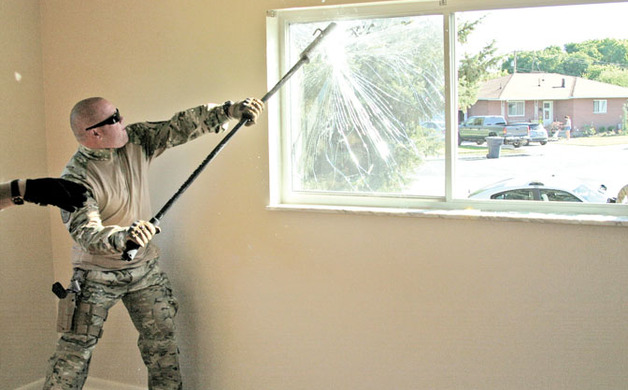 In the wake of what Murray Mayor Ted Eyre described as an “explosion” of burglaries in the city, he expressed his faith in the department as they spend their days on the front lines, trying to protect Murray neighborhoods and businesses.

“Our police department has my absolute and total confidence in everything they try to do to make the city safe. Their dedication to their job is without question,” he said.
Lindquist has served with the MCPD for 17 years, with 15 of those years being on the SWAT team. He doesn’t know a single officer who goes out on patrol wanting to use deadly force. But he also knows you don’t often get a second chance to save a life—even if it’s your own. As a SWAT team member, he is trained to stop the threat and get people out of harm’s way.
“SWAT is a higher level of training,” Burnett said. “A lot of [the officers] like it because it makes them an all-round better officer.”
News